We’re going to start adding in a round up of all the news to the site so if you’ve missed something you can see it all again in one place!

As highlighted last week seven of our members entered the Helvellyn Triathlon. Themi Petridis, David Broughton, James Delve, Matthew Cole, Stephen Price, Kevin Mully and Laurence Foote had a challenging time over the weekend but all successfully completed the event.

James Delve has put their experiences into the following report.

Having made the 270 mile journey to the Lake District, Sunday 12th September saw seven members of Stortford Tri compete in the Helvellyn Triathlon, billed as one of the UK’s toughest triathlons.

A far from ordinary triathlon run route, at a height 3118 feet, 950 metres Helvellyn is England’s 3rd

highest mountain, and including a bike route over the Lake District’s highest pass that is open to

The entire event was excitingly live streamed via YouTube as part of a Department for Culture,

coverage of brilliant grassroots events. Friends and family were able to watch professionally shot live race coverage from some of the most inaccessible and exciting parts of the course, with drones capturing live action from the water, the road and over the fell.

Based in the picturesque village of Glenridding, in near perfect weather conditions, the race

commenced with a 1,500 metre swim in the chilly and crystal clear Lake Ullswater. Competitors then cycled a 38 mile loop via Ambleside, including a 2.5 mile 1,489 feet climb to the

top of the Kirkstone Pass, culminating in the infamous “Struggle”.

Following the fast and technical bike descent back into Glenridding, the team commenced a 9 mile

fell run course. Having to carry bags containing nutrition and hydration supplies, along with

mandatory safety equipment, racers completed the ascent of Helvellyn with an exciting and nerve

shredding scramble over Swirral Edge. Having reached the summit, racers made the steep zig zag

scree pathed descent once more back into Glenridding to complete the event.

All seven Stortford Tri entrants managed to successfully complete the challenging course, with Themi Petridis leading the way for Stortford Tri in a competitive field of over 500 triathletes. Following a speedy bike leg with one of the fastest ascents of the day to the summit of Helvellyn, to finish with a superb 19th overall and 3rd age category finish, completing the race in 3 hours 57 minutes. Next to finish was Kevin Mully. Having achieved the fastest Stortford Tri swim split of the day, he achieved 56th place overall and a 17th place age category finish for an excellent time of 4 hours 13 minutes. 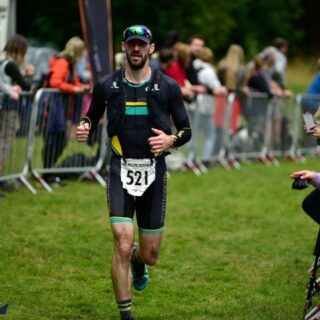 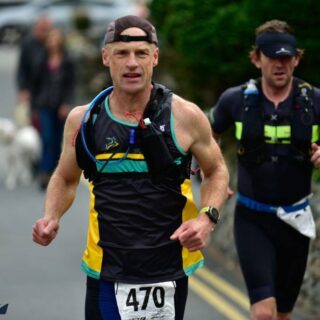 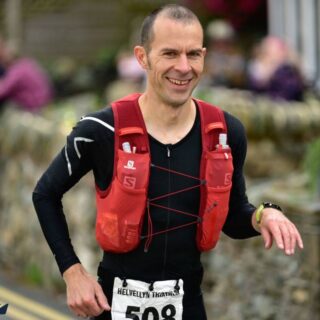 Themi, Kevin and Steve at various points on the run

Steve Price was next home following a very strong bike leg in a time of 4 hours 31 minutes, placing 124 th overall. Following him, Matt Cole and James Delve finished shortly afterwards in 236th and 237th places respectively, both given a time of 4 hours 56 minutes.

After a strong swim section Laurence Foote crossed the line after 5 hours 1 minute, placing 255th, and Dave Broughton rounded the team’s competition off with 376th place in a time of 5 hours 39 minutes. 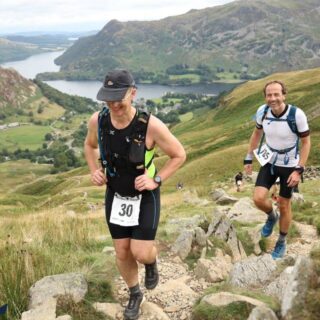 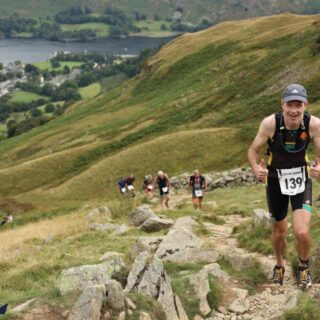 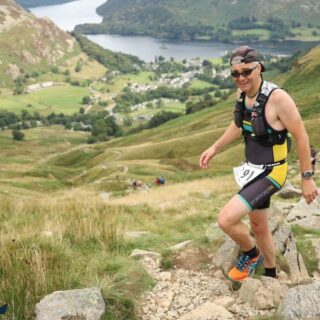 Matt, Dave and James taking in the views!

Laurence taking on The Struggle

This year two of our newer members took on the challenge of the Blenheim Palace Sprint Triathlon. Paula Beades on her second Tri and Sam Mascherano on his first both successfully completed the event. Here, Paula provides a summary of her experience:

Enthusiasm is infectious; after completing her first sprint triathlon at Blenheim Place in 2020, Stortford Tri member Paula Beades and her pal Sophie Evans rebooked the event for 2021 and inspired another eleven triathlon novices from @thebodyfitcamp to join them. With varying fitness levels, strengths, fears and experiences, they all pushed themselves to work way beyond their comfort zone and thoroughly enjoyed the camaraderie of the training and the inclusive, friendliness and atmosphere of the event itself. Their efforts were definitely rewarded; just look at those happy faces!  Perhaps some of them would like to join us as members at Stortford Triathlon club…..

(Thanks to all of you at the club who have welcomed and encouraged Paula throughout her training.)

Paula with her group of triathlon novices

Paula has caught the triathlon bug in a big way as she has recently become an Activator for Stortford Junior Tri, the first step on the coaching ladder.

While adult tri members were completing the Walden Triathlon some of our junior triathletes took part in the brilliantly fun and well organised Duck ‘n’ Dash aquathlon event in Letchworth.

Our competing triathletes and their times:

Not to be outdone, Paula Beades, Steve Berry, Francesca Palmer and Melvyn Grimwood/Rachael Fletcher (relay) participated in the adult event, with a swim of 400m followed by a 5km run. Paula Beades managed to come third in her age group with a respectable time of 39:18.

A great team day out – well done everybody for your amazing effort both on the course and in cheering your fellow triathletes on. Stortford Junior Tri definitely won the prize for loudest team there!

If anyone has any results to report then please let Martin Pettitt know by emailing to martin@thepettitts.co.uk and they will be collated for the next newsletter.

Swimming coaching will resume at 9pm on Tuesdays at Grange Paddocks from 7 September 2021. You can sign in for sessions from Tuesday this week. The new pool will be almost ready! Latest update on opening the new facility is the end of October.

Our road training sessions have now come to an end owing to the drawing in of the evenings (it was pitch black when we finished at 8pm last week!).

I am currently looking into the resumption of turbo sessions with a live in-person group combined with Zoom based participants. I’ll let everyone know as soon as that is all sorted.

If anyone would like to join us in either the swimming or cycling sessions, please sign up on MyClubhouse for both events. If you sign up for cycling and can’t attend please will you cancel your place as for such limited attendance events others can sign up and we know how many to expect.

We have a number of Stortford Tri branded swimming hats available for purchase. They are 100% silicone, thick – so suitable for open water as well as the pool, non toxic, non allergenic and inside embossed. They come in green or yellow and can be bought for a price of £5 each from the Stortford Tri shop on the BSRC MyClubhouse site. Once ordered we can arrange for a handover delivery.

previous
Helvellyn - Not your normal Triathlon!
next
Introducing the Stort Tri 2022 race...and entry is open!
JOIN THE CLUB